Franz Marc was a German painter and printmaker, one of the key figures of the German Expressionist movement. He was a founding member of Der Blaue Reiter (The Blue Rider), a journal whose name later became synonymous with the circle of artists collaborating in it. Marc made some sixty prints in woodcut and lithography. Most of his mature work portrays animals, usually in natural settings. His work is characterized by bright primary color, an almost cubist portrayal of animals, stark simplicity and a profound sense of emotion. Even in his own time, his work attracted notice in influential circles. Marc gave an emotional meaning or purpose to the colors he used in his work: blue was used to portray masculinity and spirituality, yellow represented feminine joy, and red encased the sound of violence. 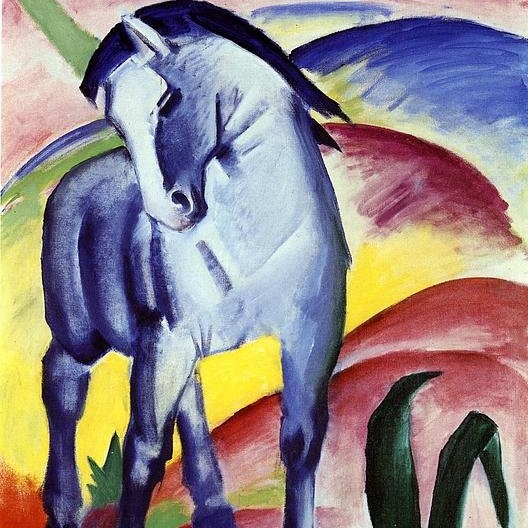