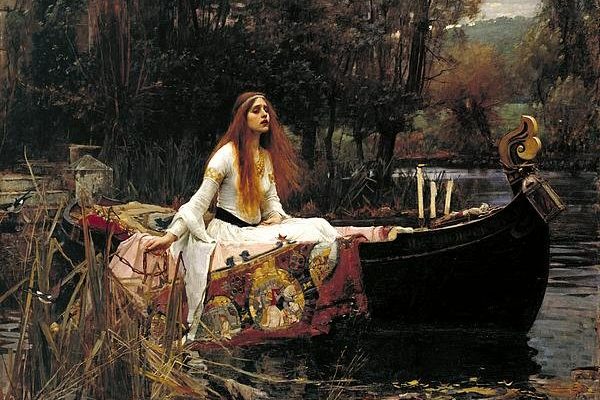 The Lady of Shalott is an 1888 oil-on-canvas painting by the English Pre-Raphaelite painter John William Waterhouse. The work is a representation of a scene from Alfred Lord Tennyson’s 1832 poem of the same name, in which the poet describes the plight of a young woman, loosely based on the figure of Elaine of Astolat from medieval Arthurian legend, who yearned with an unrequited love for the knight Sir Lancelot, isolated under an undisclosed curse in a tower near King Arthur’s Camelot. Tennyson also reworked the story in Elaine, part of his Arthurian epic Idylls of the King, published in 1859, though in this version the Lady is rowed by a retainer in her final voyage. Waterhouse painted three different versions of this character, in 1888, 1894 and 1915.