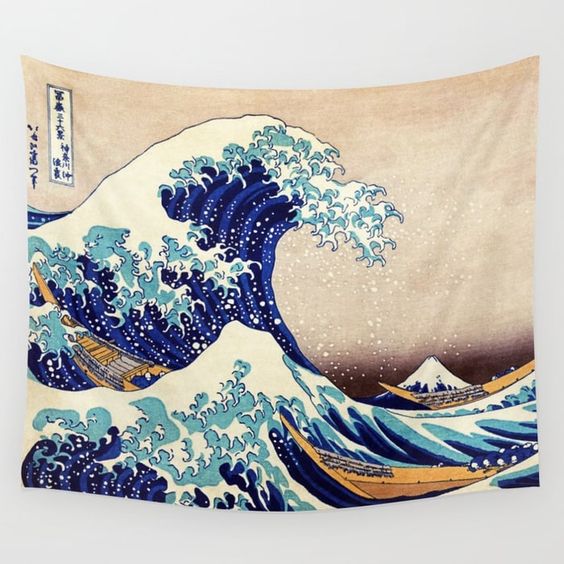 Katsushika Hokusai The Great Wave Off Kanagawa
The Great Wave off Kanagawa, also known as The Great Wave or simply The Wave, is an ukiyo-e print by Japanese artist Hokusai, published sometime between 1830 and 1833 in the late Edo period as the first print in Hokusai’s series Thirty-six Views of Mount Fuji. It is Hokusai’s most famous work, and one of the best recognized works of Japanese art in the world. 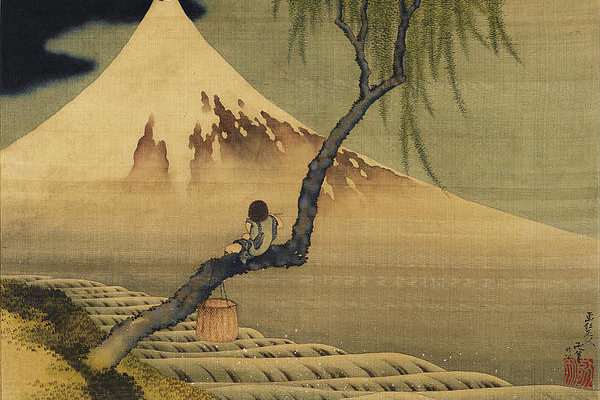 Japanese Art 1839
Ink and color on silk fine art painting featuring a boy sitting on a tree, playing the flute with Mount Fuji in the background.
Katsushika Hokusai (葛飾 北斎) was a Japanese artist, ukiyo-e painter and printmaker of the Edo period. He was influenced by such painters as Sesshu, and other styles of Chinese painting. Born in Edo (now Tokyo), Hokusai is best known as author of the woodblock print series Thirty-six Views of Mount Fuji (富嶽三十六景 Fugaku Sanjūroku-kei, c. 1831) which includes the internationally recognized print, The Great Wave off Kanagawa, created during the 1820s. His influences also stretched to his contemporaries in nineteenth century Europe whose new style Art Nouveau, or Jugendstil in Germany, was influenced by him and by Japanese art in general. This was also part of the larger Impressionist movement, with similar themes to Hokusai appearing in Claude Monet and Pierre-Auguste Renoir. One of the most famous artists being in influenced by him is Vincent van Gogh.
Beautiful spiritual artistic vintage Japanese fine art. 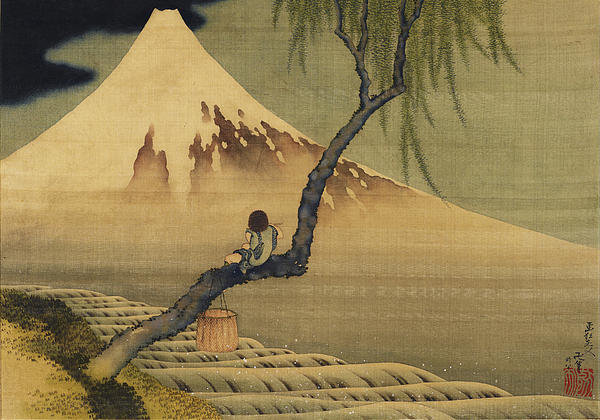