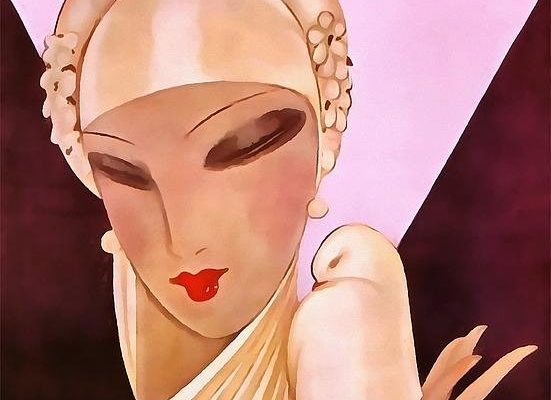 This elegant painting features a beautiful young bride who holds the classic matrimonial symbol of a dove in the palm of her hand. 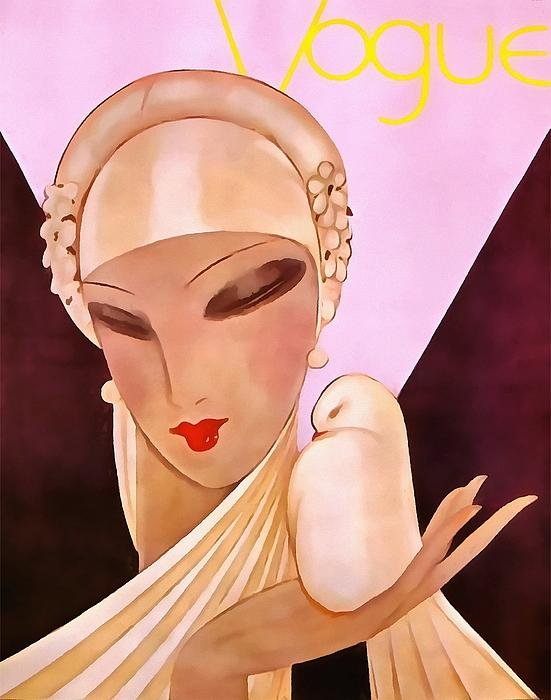 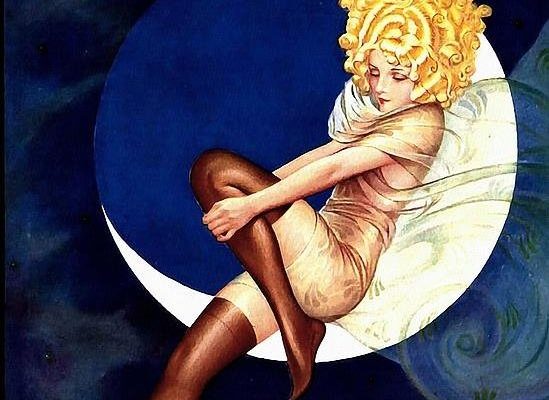 Blue Moon Silk Stockings, 1920s US vintage advertisement, featuring a beautiful blonde, sitting on a crescent moon. The painting is an interpretation of the masterpiece by Gustav Tenggren. 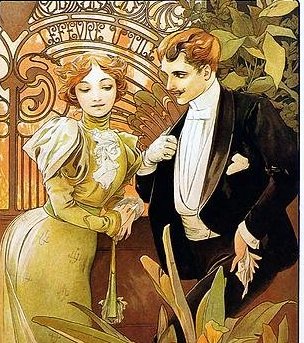 Art Nouveau vintage advertising poster. “Flirt” was one of the brands of biscuits made by Lefevre-Utile, who gave Mucha a number of commissions over the years. Mucha was a Czech Art Nouveau painter and decorative artist, known best for his distinct style. He produced many paintings, illustrations, advertisements, postcards, and designs. The painting features a beautiful woman in a flowing robe, flirting with a handsome man with a moustache, both surrounded by lush flowers and leaves.  A romantic  vintage Art Nouveau illustration.
Art by Alphonse Mucha
Movement: Art Nouveau / Art Deco / Jugendstil
Floral Vintage Fine Art 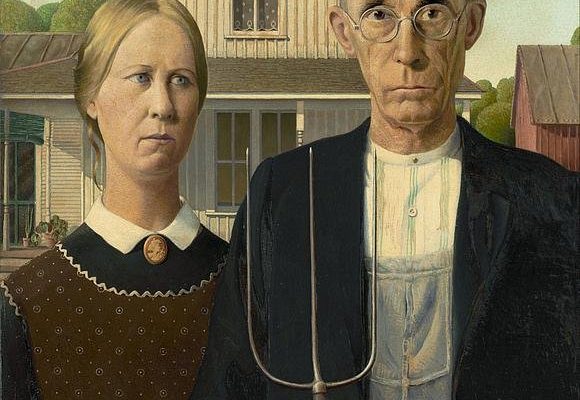 Fine Art Painting
American Gothic is a painting by Grant Wood in the collection of the Art Institute of Chicago. Wood’s inspiration came from what is now known as the American Gothic House, and his decision to paint the house along with “the kind of people I fancied should live in that house.” The painting shows a farmer standing beside his spinster daughter.The figures were modeled by the artist’s sister and their dentist. The woman is dressed in a colonial print apron evoking 19th-century Americana, and the couple are in the traditional roles of men and women, the man’s pitchfork symbolizing hard labor, and the flowers over the woman’s right shoulder suggesting domesticity. The plants on the porch of the house are mother-in-law’s tongue and geranium, which are the same plants as in Wood’s 1929 portrait of his mother, Woman with Plants.
It is one of the most familiar images in 20th-century American art, and has been widely parodied in American popular culture. 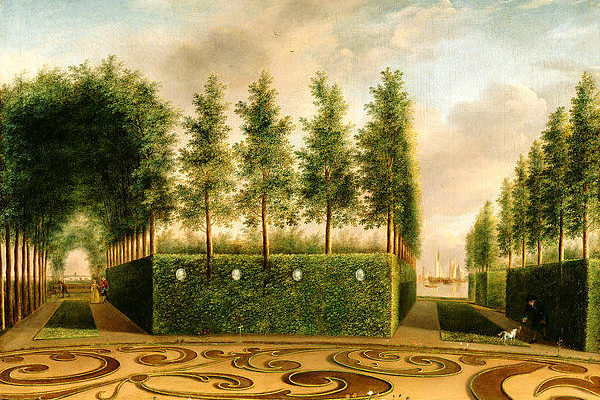 Johannes Janson is known for his idyllic landscapes filled with animals and village scenes. They were painted in the style of seventeenth-century Dutch artists such as Paulus Potter, whose paintings he copied. Many of Janson’s patrons were members of Leyden’s upper middle class who wanted a painted visual record of their formal gardens on canvas. Janson also made landscape etchings after his drawings. The estate shown here may have been located in the province of Noordholland, north of Amsterdam.