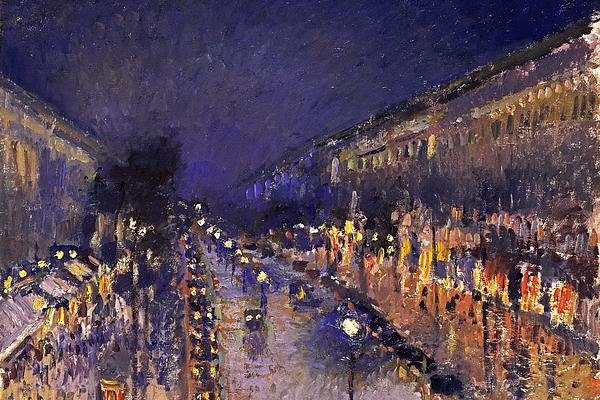 Camille Pissarro was a Danish-French Impressionist and Neo-Impressionist painter. His importance resides in his contributions to both Impressionism and Post-Impressionism. Pissarro studied from great forerunners, including Gustave Courbet and Jean-Baptiste-Camille Corot. He later studied and worked alongside Georges Seurat and Paul Signac when he took on the Neo-Impressionist style at the age of 54. In 1897 he produced a series of paintings of the Boulevard Montmartre at different times of the day. Pissarro may have been influenced by earlier urban scenes of Manet.