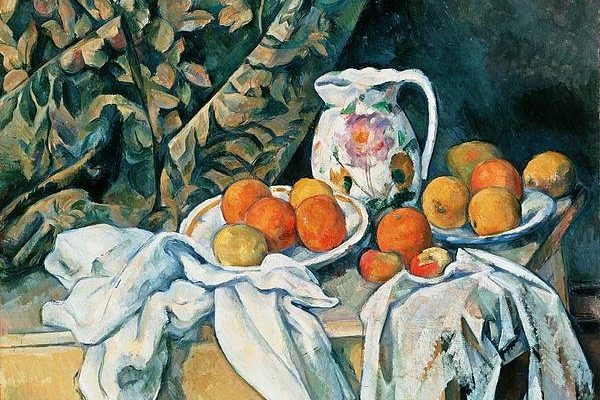 Paul Cezanne Still Life with A Curtain And Flowered Pitcher (1895)

“Still Life with A Curtain And Flowered Pitcher” is a post-impressionist fine art painting by Paul Cezanne featuring oranges and apples on a table, fruits on a plate, a flowered water pitcher and a curtain with an autumn leaves pattern.
Paul Cezanne was a French artist and Post-Impressionist painter whose work laid the foundations of the transition from the 19th-century conception of artistic endeavour to a new and radically different world of art in the 20th century. Cezanne can be said to form the bridge between late 19th-century Impressionism and the early 20th century’s new line of artistic enquiry, Cubism.